After a night sleeping without a pillow (our roommate slept just fine),

Julie and I spent the morning wandering around Kaikoura getting brekky and coffee, after which we took to the pebble beach to see if we could spot any whales or dolphins from shore.

No dolphins, but many of the elusive ‘smooth white rocks’ showed their faces along the beach and I proceeded to have my fun with them 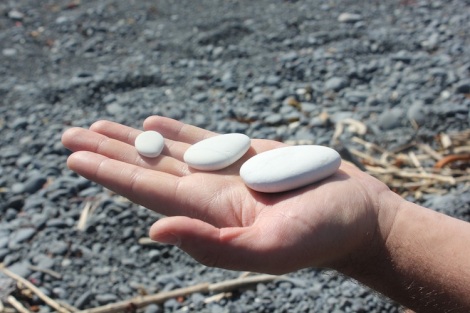 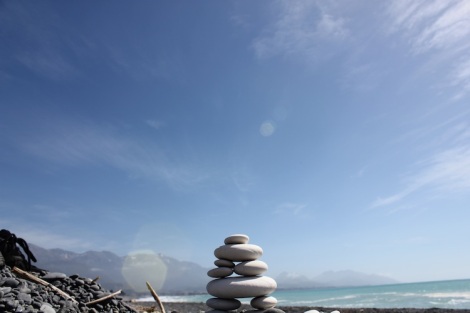 Once I realized I was no longer a kid, we hopped in the car and drove to tip of the Kaikoura peninsula where we found even more seals, this time right up close!!!

Ok, so maybe I’ve got a bit of kid left in me after all…

Julie kept her composure much better;)

The seal colony was fairly large, and we could see more and more off around the point, so we followed the coastline until it became apparent that we were blazing our own trail along the bottom of some fairly intimidating cliffs, which were being pummelled by waves that kept getting closer and closer.

Once we realized that there would be no going back, we challenged ourselves to keep going until we conquered the cliffs (which Julie is helpfully pointing at;) and finally met up with a usable path further up the coast Julie without getting wet, and me only getting soaked a bit;) 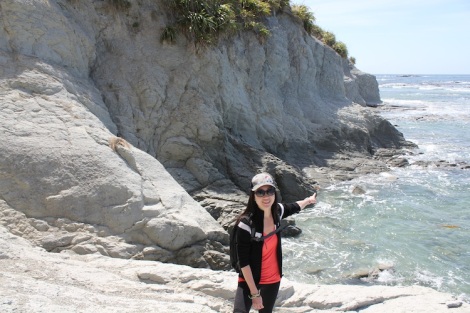 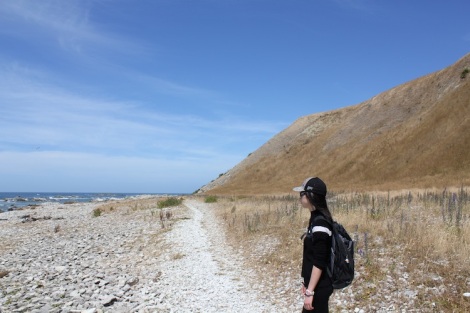 What we found were more seals and a couple different bird (similar to seagulls?) nesting colonies that I unintentionally got too close too, much to the chagrin of the following bird parent:

After successfully navigating away from the angry (rightfully so) birds, we found even more seals, and also noticed a couple very large sting-rays swimming right along the beach (I took some pictures, but they didn’t really turn out, and I wasn’t about to go into the water to get a better angle… Wouldn’t wanna pull a Steve Irwin now would I?… It’s not too soon is it?). 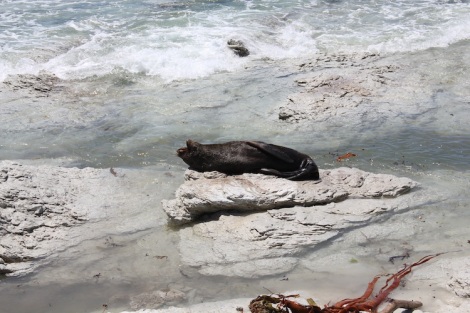 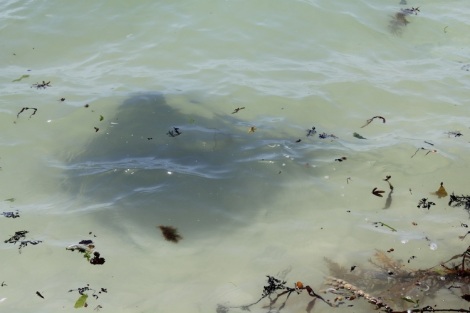 After spending a good 30 minutes watching this latest seal colony (no, we were not even close to sick of seeing these hilarious creatures up close), we continued walking, and although we’d picked up a local tourist ‘map’, we weren’t really sure where we were in relation to the rest of the path network.

We could however, see people walking on the top of the bluffs above us, so we decided to follow a rough track up the side to get a better view from up top. 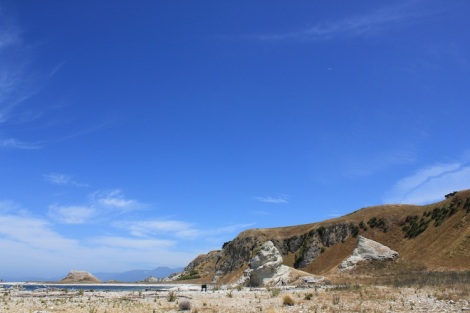 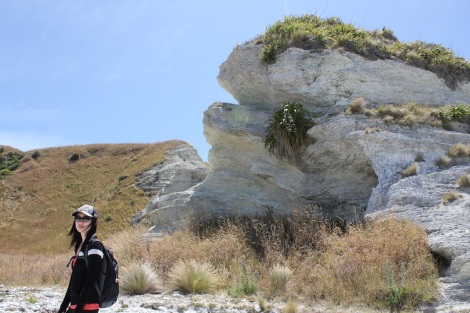 And was it ever a nice view! 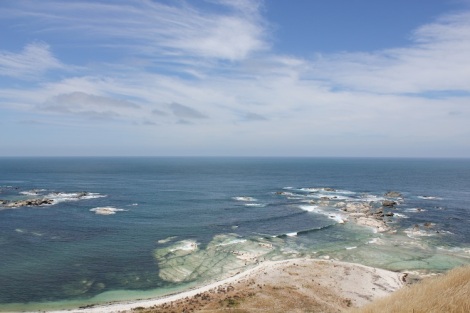 We spent another hour or so walking back to the car along the top of the cliffs with the most stunning scenery on every horizon.

Unfortunately, we could not stay in this paradise forever, as another paradise beckoned, in the shape of two old volcano craters with a town nestled in the middle called Akaroa (on a peninsula just east of Christchurch).

We hit the road, and just before we reached the outskirts of Christchurch came upon a sign that read ‘Brew Moon Brewery, Turn Right in 400m’.

Of course, Julie drove the rest of the way and we arrived in Akaroa just in time to catch Mother Nature doing some brewing of her own in the shape of a nasty looking storm that would keep us indoors at our hostel the rest of the night. 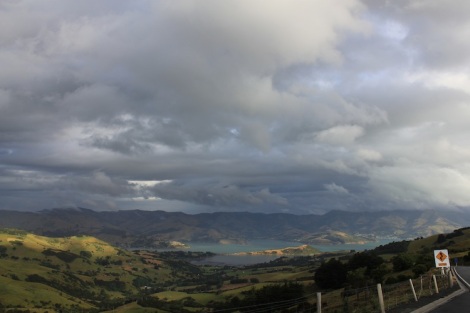 That gave me ample opportunity to drink the remaining 3/4 of the bottle of wine that I’d purchased in Blenheim two days prior, write a journal entry (that a certain Mr. P. Hanna correctly guessed was written while perhaps partially intoxicated), and have one of the better night’s sleeps I’ve had since leaving snowy T.